The WWJD fad flamed out almost two decades ago, so why talk about it?
While people no longer wear the plethora of merchandise, the ideal lives on. In fact, the teaching that Jesus, as he’s presented in the Gospels, ought to serve as the believer’s true north has made a resurgence over the past ten years. 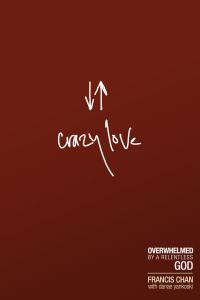 Responding to consumerist megachurch trends, influential teachers like Francis Chan and David Platt have begun to call people back to the Gospels as the gold standard. Both men teach that Christians aren’t people who merely agree with traditional doctrines of the church, but rather are those who live like Jesus. To avoid the charge of legalism, they go through a few soteriological gymnastics. They say that people aren’t saved by works, but those who are saved will behave like Jesus did.¹ In other words, they challenge people to conform to a written standard to prove that they have been saved.

I fear their efforts will push sincere believers into the self-righteous angst of every other legalist on the planet.

Their books celebrate breathtaking examples of Christian devotion, but those examples can just as easily provide insecurity as they can inspiration. In Acts 5, Ananias and Sapphira were moved to emulate the generosity of other believers and that didn’t work out so well for them. Such comparative Christianity divides the church into the judgmental accomplished and the resentful failures. And maybe everyone is a little of both.

I praise God for everyone who honestly has the faith to pray all night like Jesus did, but that doesn’t mean everyone needs to pray all night or to feel inferior because they can’t. I would love nothing more than to be among believers who were joyfully selling their property to share with the poor, but we’ll never get there under compulsion. We’re just not all at the same place in our faith and guilt never helps. If we’re going to avoid the (literally and figuratively) deadly mistake of Ananias and Sapphira, we’re going to need to pay attention to Paul’s instruction in Romans 12:

For by the grace given me I say to every one of you: Do not think of yourself more highly than you ought, but rather think of yourself with sober judgment, in accordance with the faith God has distributed to each of you. For just as each of us has one body with many members, and these members do not all have the same function, so in Christ we, though many, form one body, and each member belongs to all the others. We have different gifts, according to the grace given to each of us. If your gift is prophesying, then prophesy in accordance with your faith; if it is serving, then serve; if it is teaching, then teach; if it is to encourage, then give encouragement; if it is giving, then give generously; if it is to lead, do it diligently; if it is to show mercy, do it cheerfully. (Romans 12:3-8 NIV)

Rather than encourage everyone in the church to minister exactly like Jesus, Paul encourages them to express their unique gifts of grace commensurate to the measure of their faith as members of Christ’s body. No individual believer is the full embodiment of Christ. Together, we are his body. None of us has all faith. God has distributed faith among us, so we’ll partner with our spiritual family to see mighty works get done.

Unfortunately, the attempt to pressure each believer to live up to a crazy radical standard undermines the unity which expressing him as a body requires. The external conformity to behavioral precedent which Chan and Platt prescribe will always lead to comparison and judgment. Both authors look to passages like Matthew 7:21-23 to call into question the eternal destiny of those who don’t come up to their understanding of what Jesus would do. While Christ did teach that some on the Day of Judgment would face the ultimate disappointment, he never called us to question sincerity in others. It’s just not up to us to question whether another believer is a “real Christian.” When we begin to divide the church into “professing believers” and “real believers,” we’ve begun to do God’s work for him, and he’s never keen on that.

When it comes to determining who’s in and who’s out, we need only to ask what Christ requires of those seeking entrance into his family. We don’t need to look at someone’s performance to determine their fitness for the kingdom. We can’t possibly evaluate another person’s faith or sincerity. All we can do is “Accept one another, as Christ accepted you, in order to bring praise to God.” (Romans 15:7) with the confidence that, “The Lord knows those who are his.” (2 Timothy 2:19)

Jesus said some extreme things in the Gospels about the cost of discipleship. I don’t mean to minimize those. I’m simply saying that practically speaking we can’t comb through every divided motive in ourselves or others in hopes of perfecting holiness. We can’t compare ourselves either favorably or un with other believers to make spiritual progress. That progress toward holiness comes through other means. Which I will tell you about in tomorrow’s post.